Hi All,
Monday’s lobby outside Sheffield Court gave us the sweet smell of victory.
Well over 100 turned up including many trade unionists with their trade union banners. The atmosphere was one of excitement and jubilation.
After the lobby we marched through the centre of Sheffield and down to the train station. Then we decided to go and introduce ourselves to the British Transport Police at their office on platform 1 and to demand an apology for their behaviour. Unfortunately none of them came out to meet us. Perhaps they were feeling shy.
Following a rally on the platform, which got applause from passengers throughout the station, a number of us boarded a train and had a freedomride to Meadowhall.
Please try to come to our meeting this Friday 12th at 11am Barnsley library where we will plan out events for the new year. There will also be some of our new t-shirts celebrating two victories in our campaign on sale – might be the perfect Christmas present!
On the following Monday 15th we have the lobby of the Transport Committee on Regent Street Barnsley at 1pm followed by our Christmas party in the YMCA with food and music.
And at the party you will be able to hear the first public performance of this song:
Thanks for all the support given to Tony and myself in the lead up to the (abandoned) court case.

A few photos below from the protest at Sheffield Train Station. 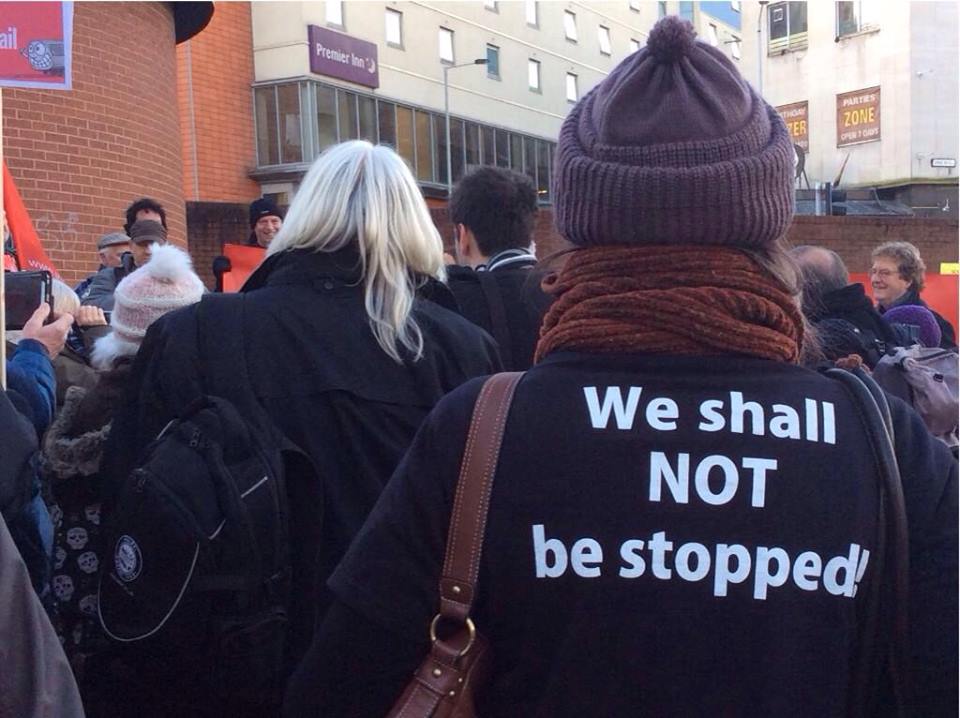 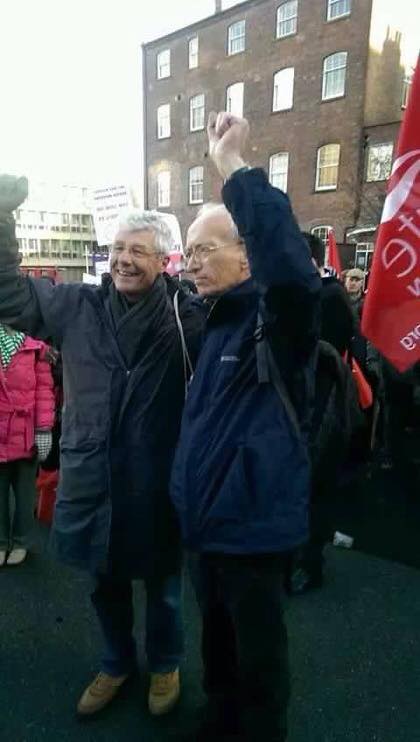 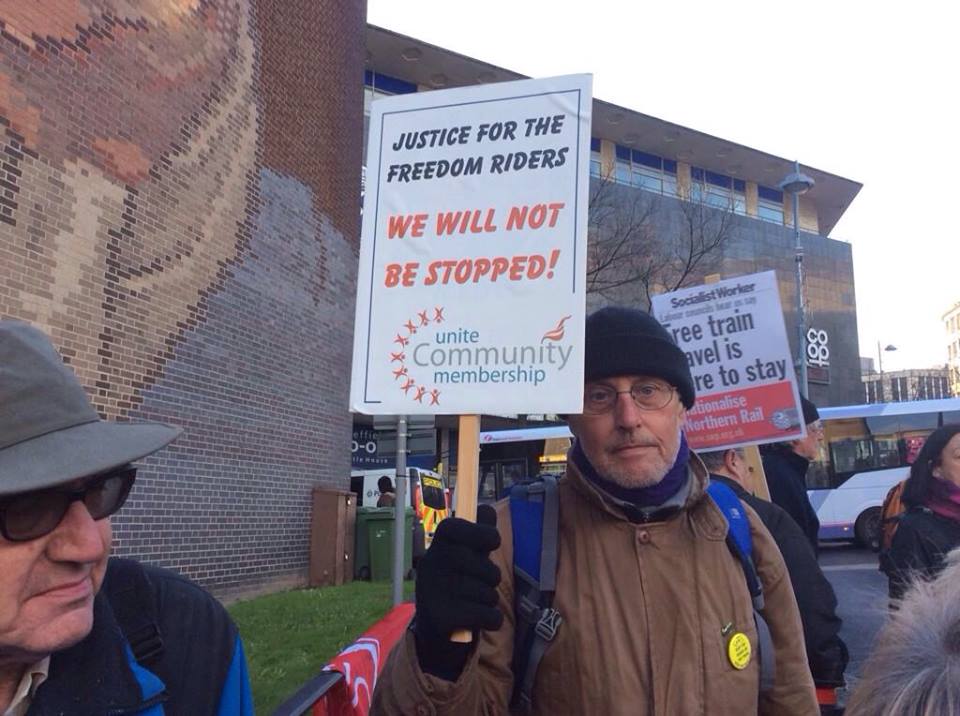 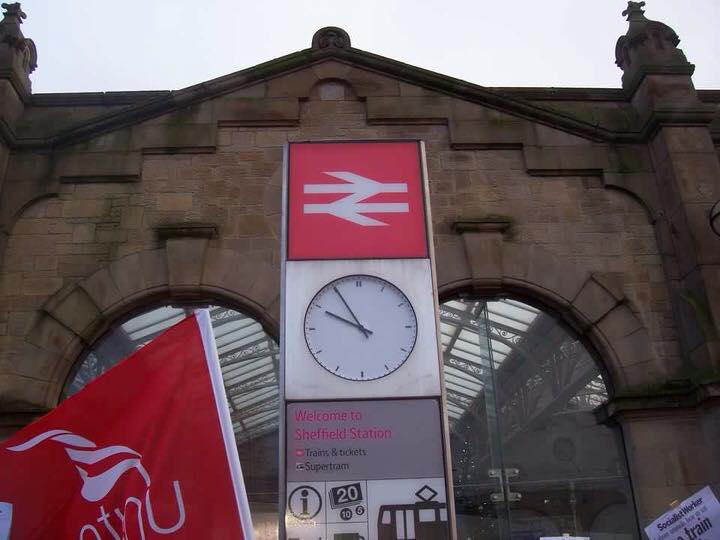 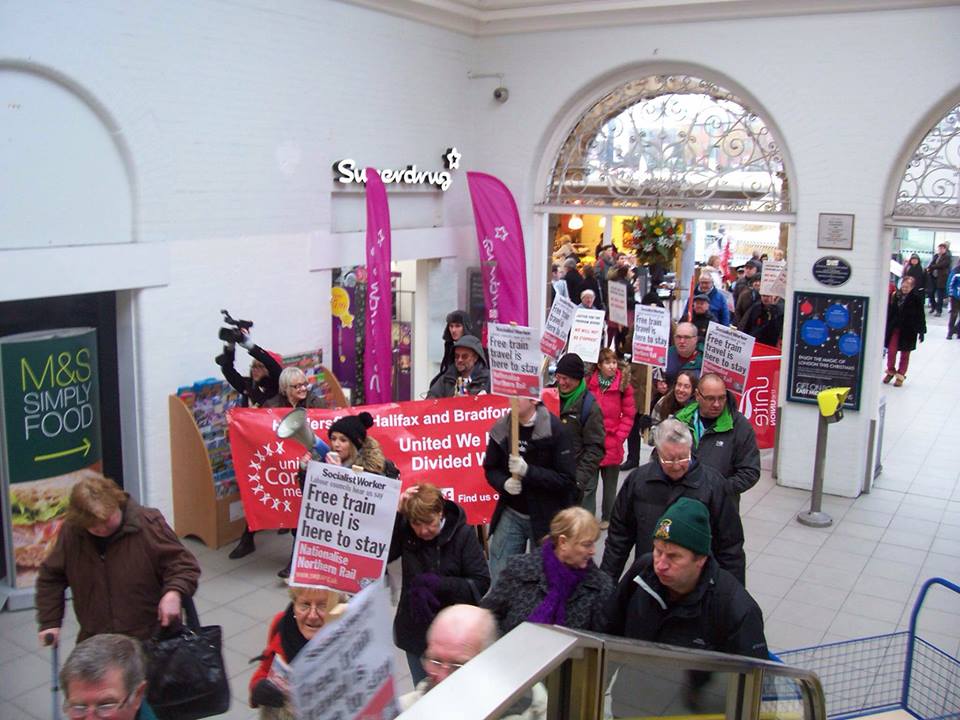 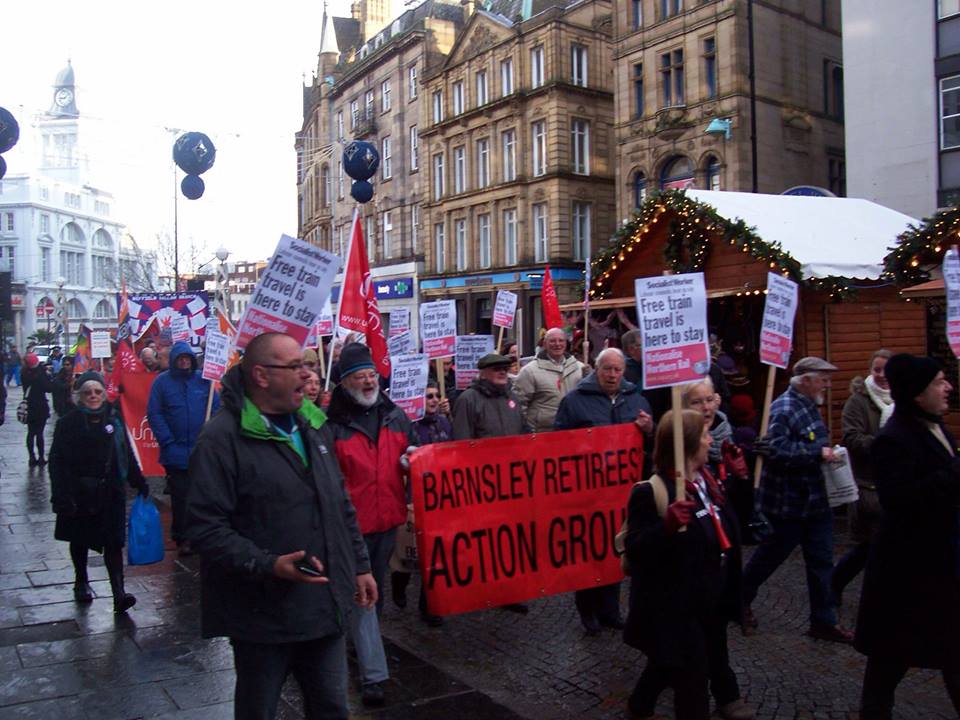 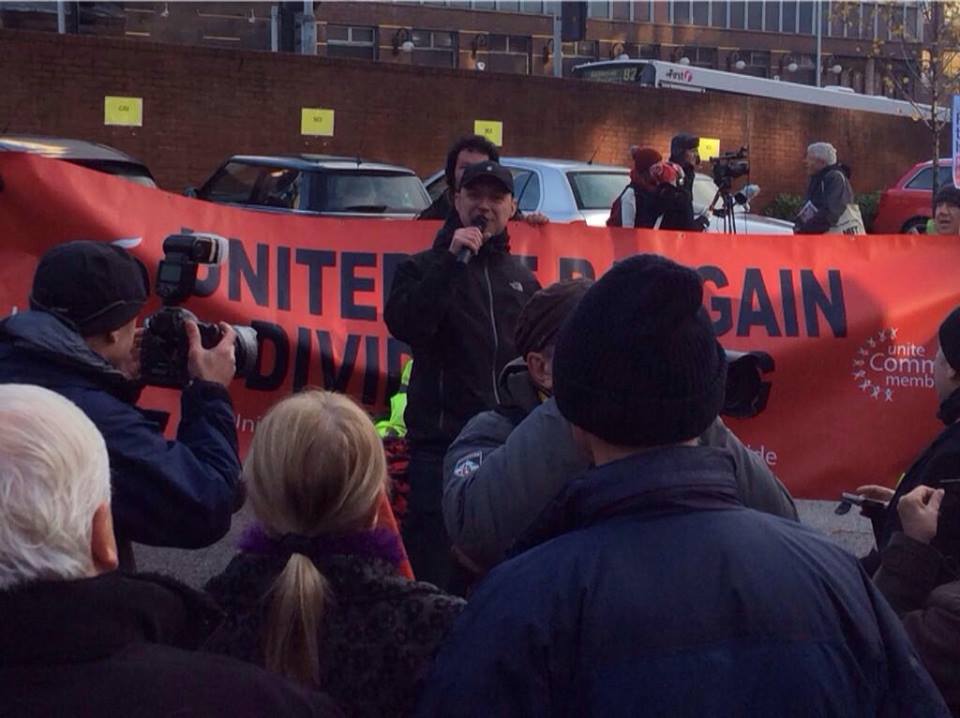 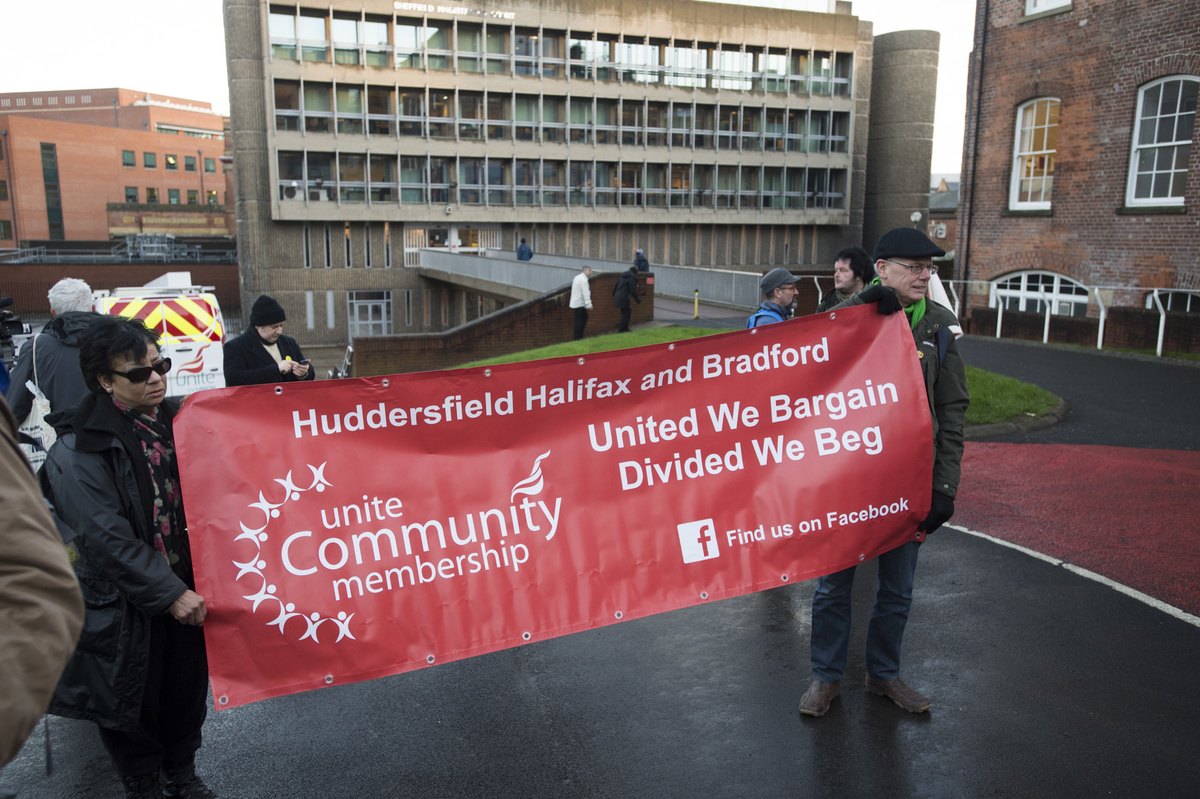 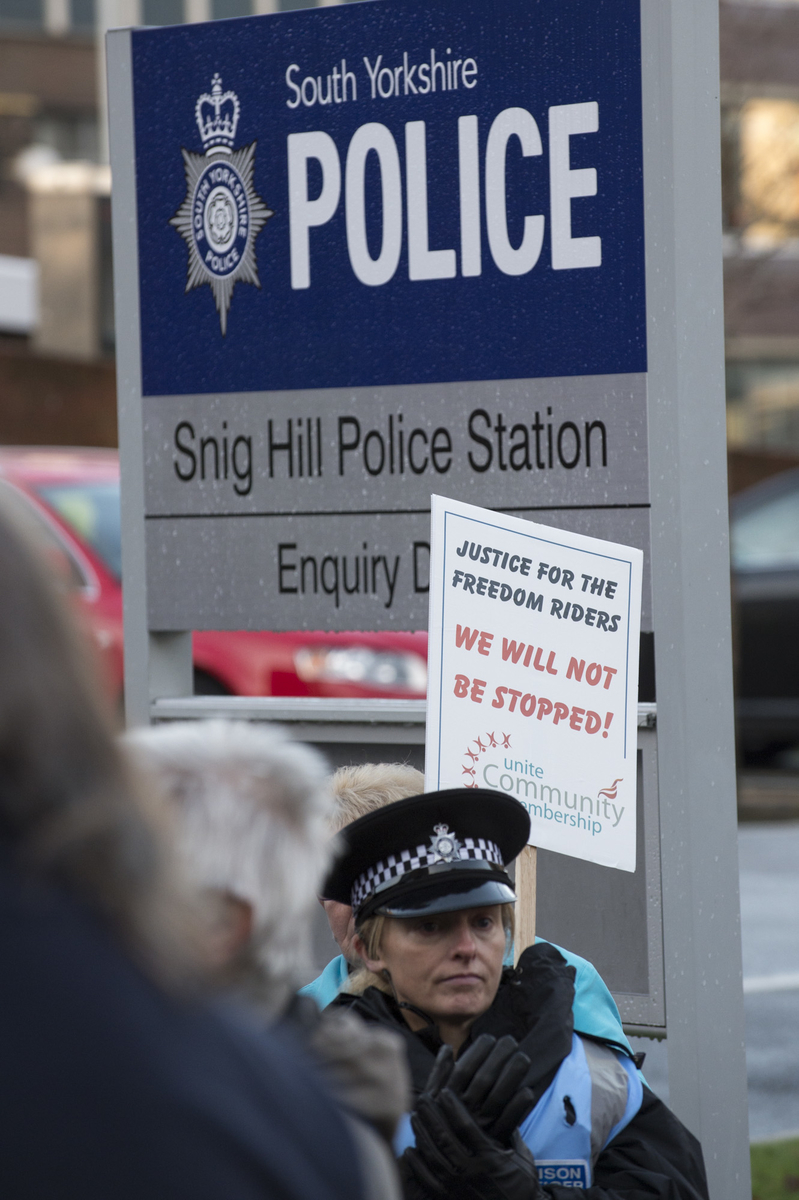 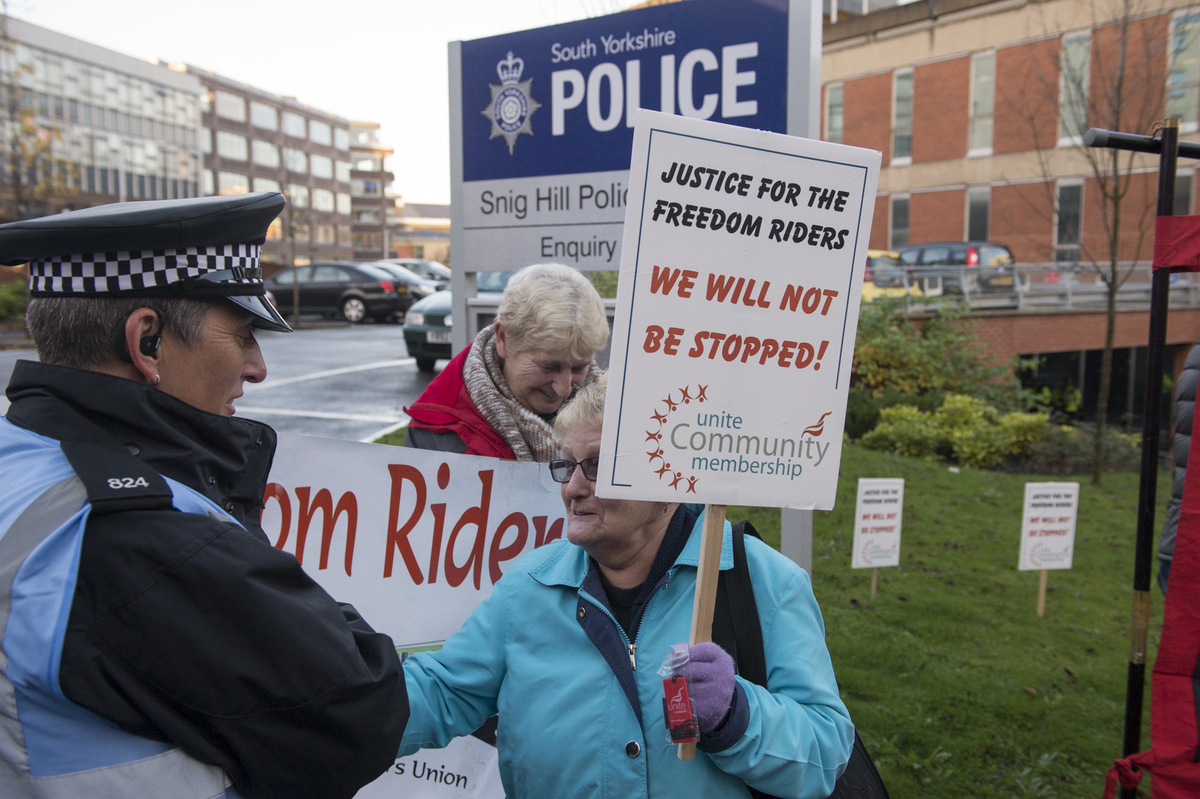 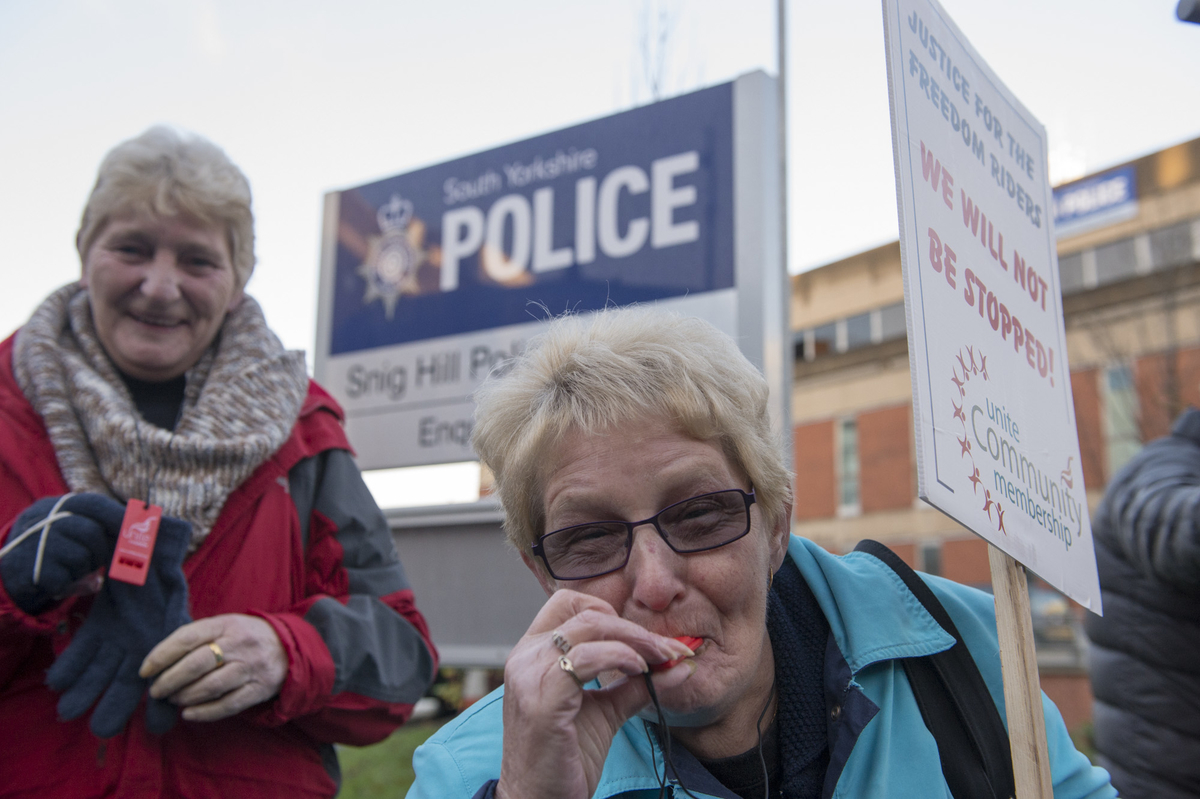 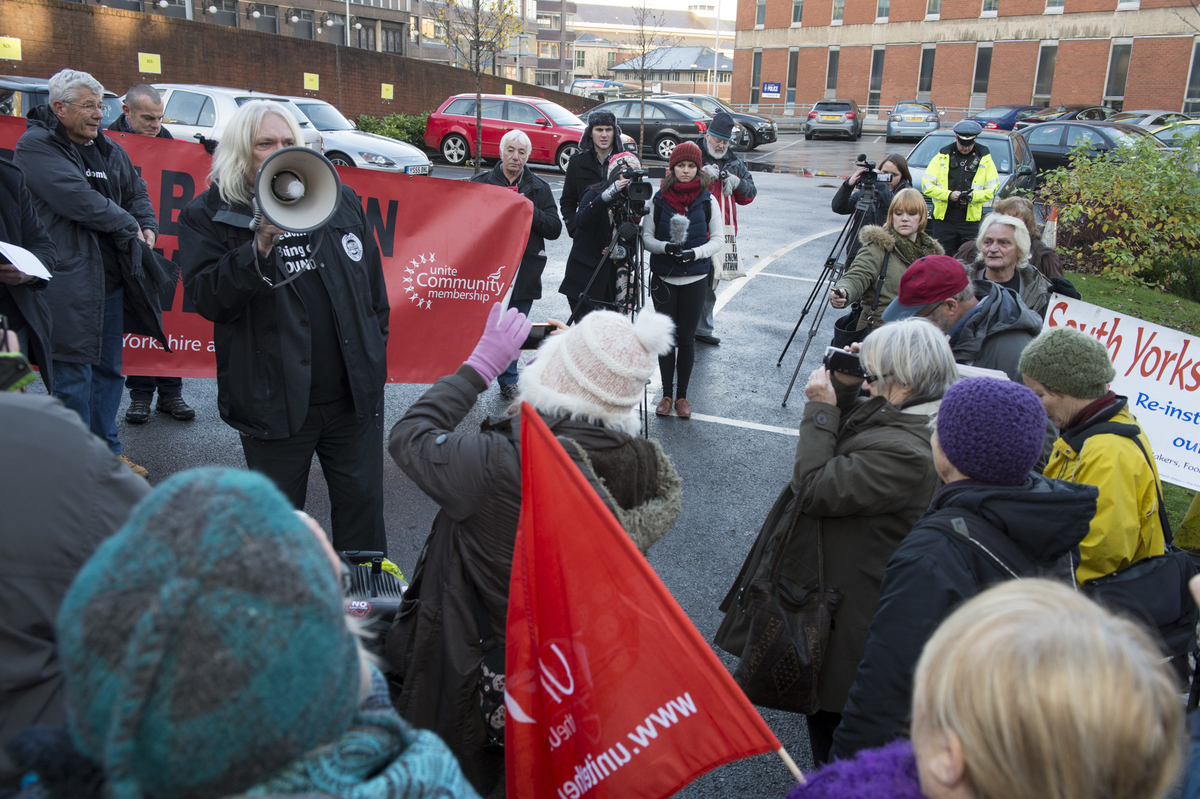 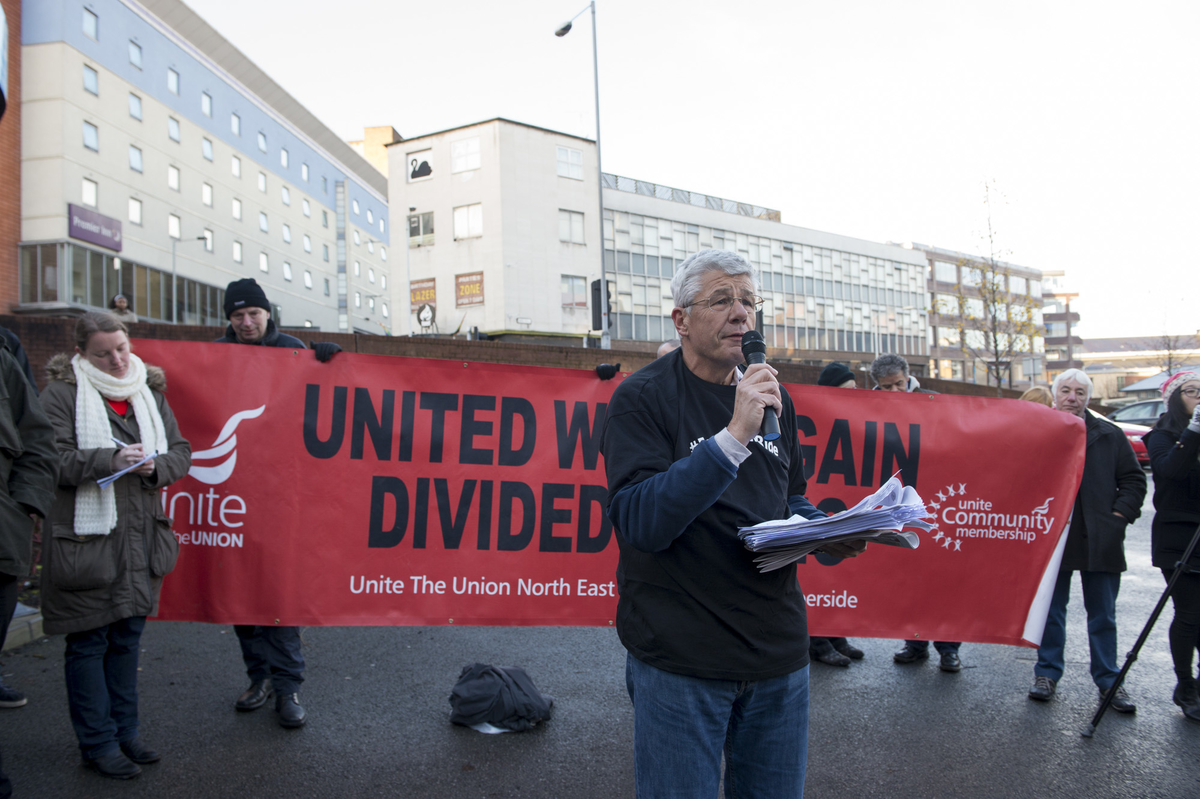 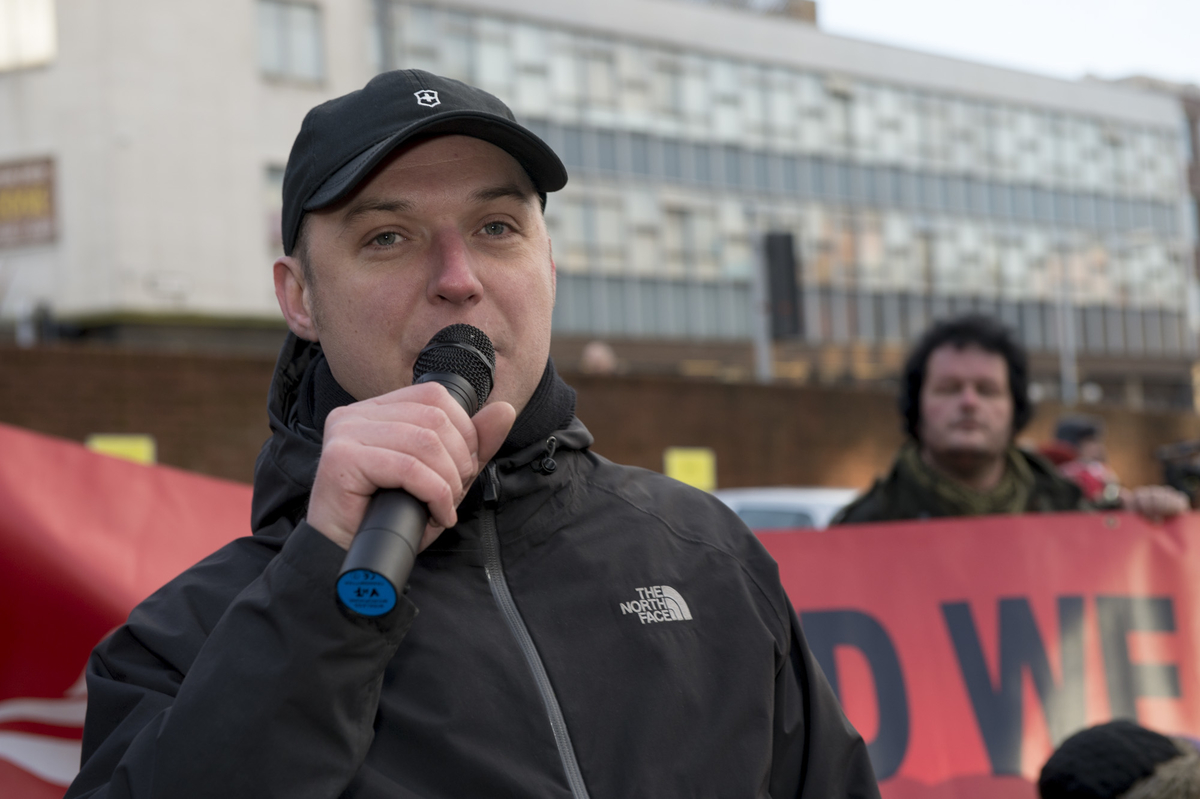 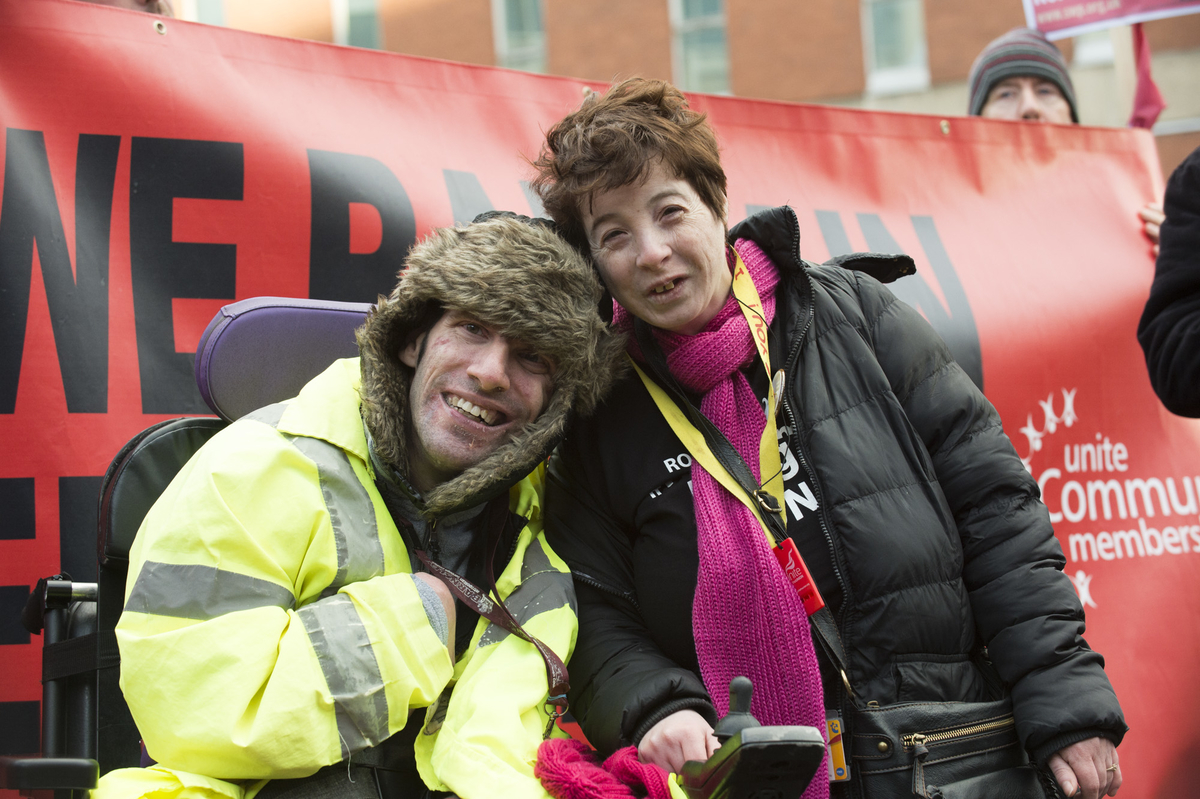 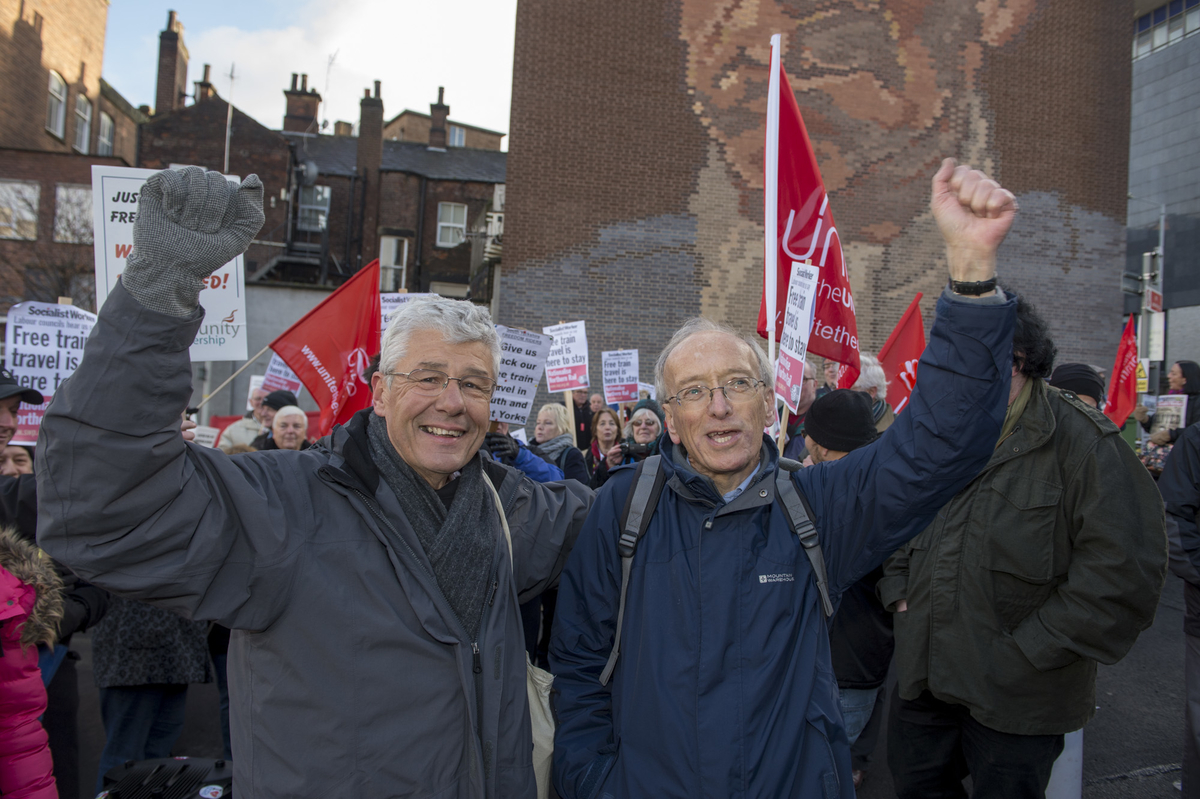 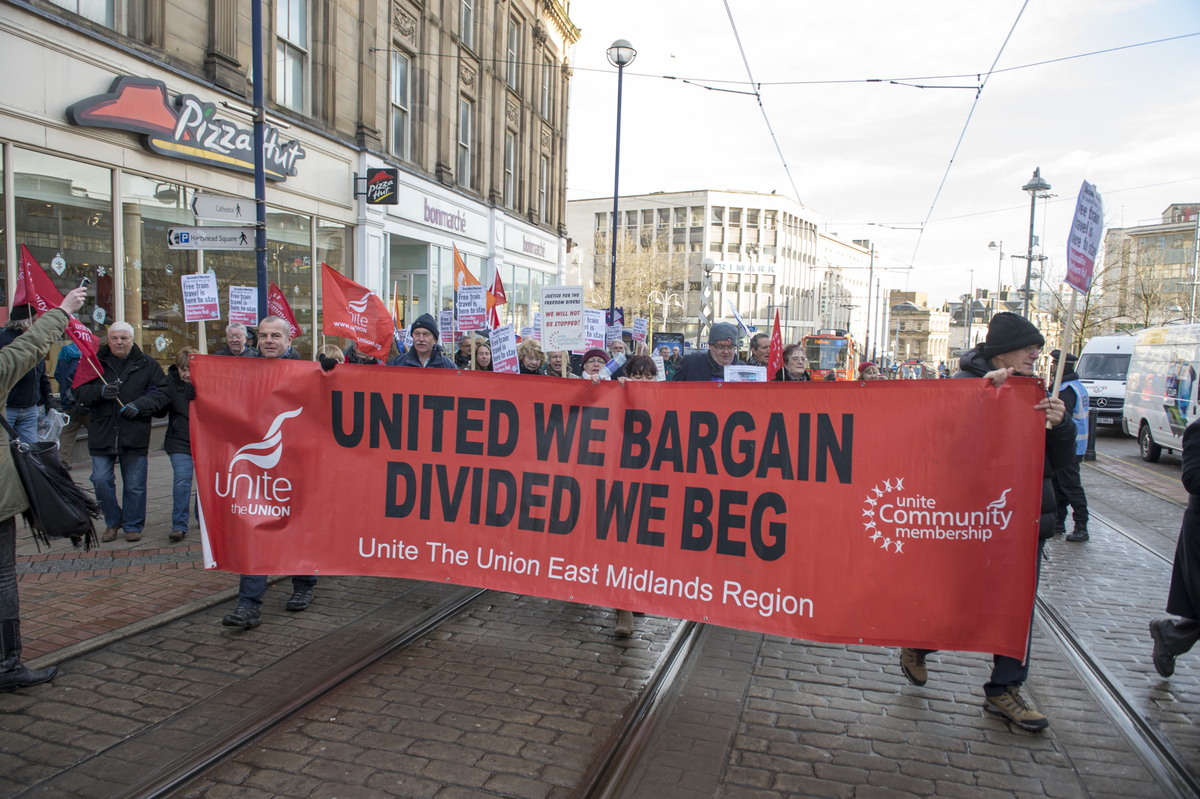 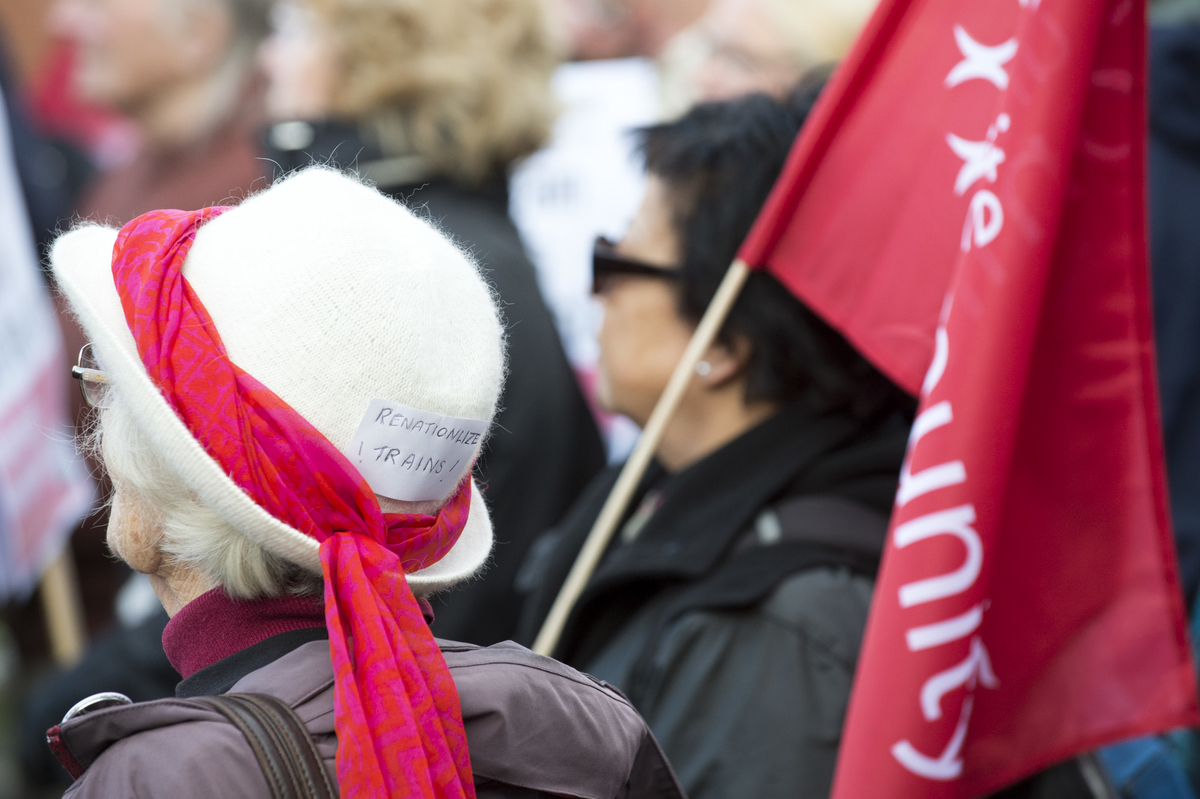