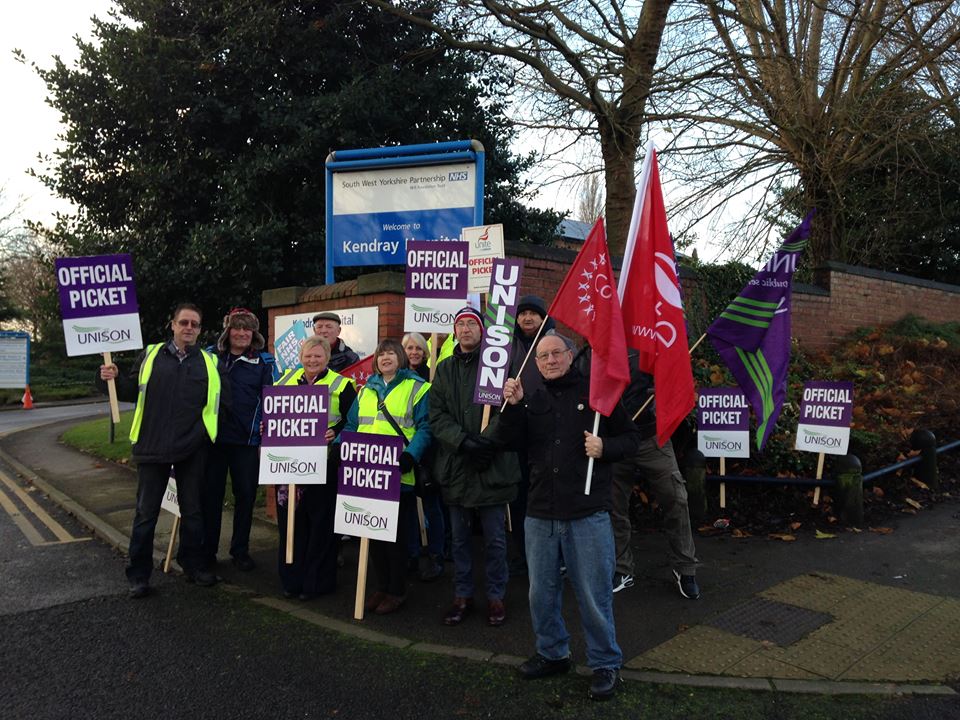 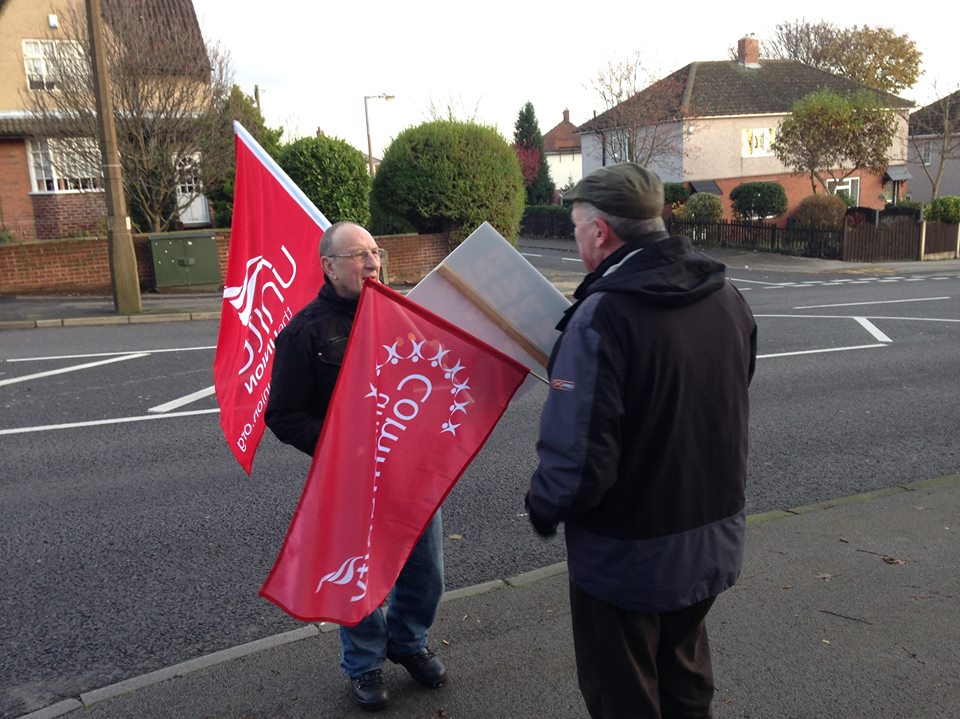 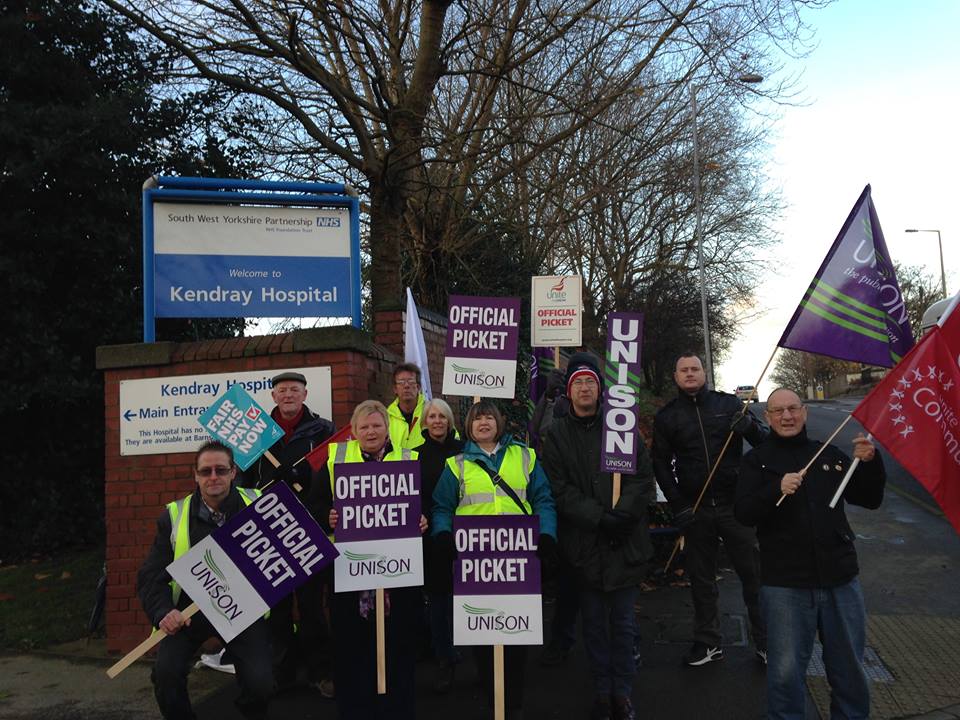 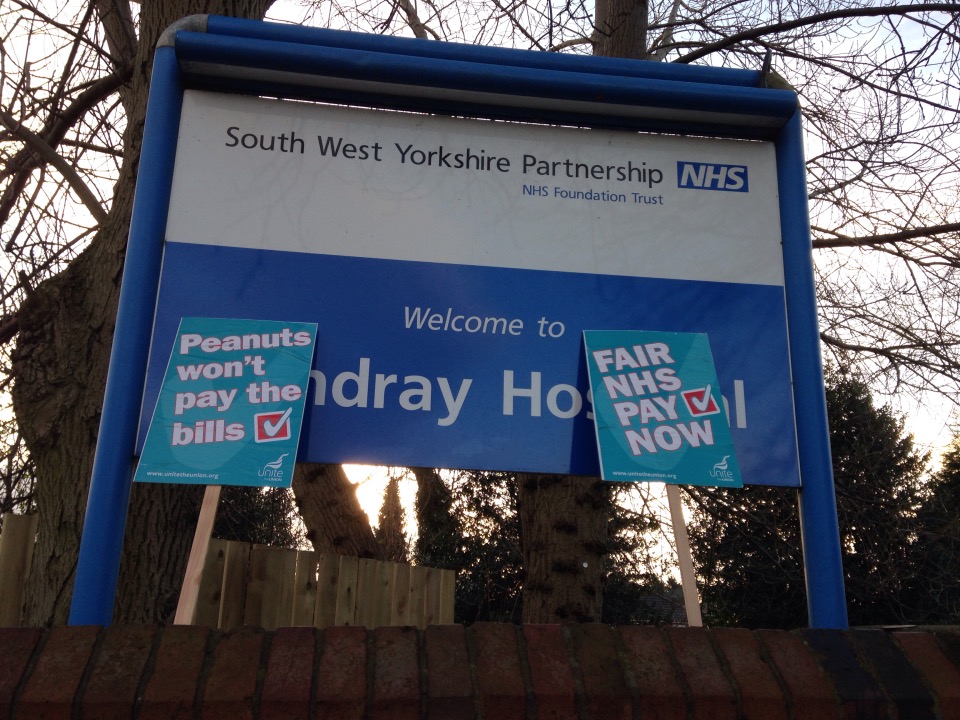 Members of Britain’s largest union Unite working for the NHS were out in force today (Monday 24 November), joining tens of thousands of health workers who took part in a second four-hour strike over pay.Commenting Rachael Maskell, Unite head of health said: “Today’s second strike action for fair NHS pay has been strongly supported with Unite health members joined by colleagues from the country’s leading health unions at over 120 pickets across England and Northern Ireland, behind a swell of public support.”

Across picket lines protesters held up ‘fair pay now’ and ‘peanuts won’t pay the bills’ placard messages in the second four-hour strike over the government’s refusal to implement the Pay Review Body’s (PRB) recommended 1 per cent pay increase for all NHS staff.

Rachael Maskell added: “Our members have been especially grateful for all the messages of support they’ve received from the public. They see the unfairness of the government’s decision to deny NHS staff a decent cost of living pay increase after years of pay freezes.

“The nation’s 1.35 million strong NHS workforce has been forced, reluctantly to strike for a second time after suffering a 15 per cent cut in their wages since 2010. Today also heralds the start of eight weeks of working to rule by Unite members.

“Our members are working harder and getting poorer. It doesn’t have to be this way. We are urging the health secretary to value the vital work of NHS workers who would rather be caring for patients than fighting their own poverty.

“Health secretary Jeremy Hunt cannot keep turning his back on hardworking health workers. With the Welsh government reaching a pay settlement last week, there can now be no excuses for Hunt’s continued refusal to get around the negotiating table.”