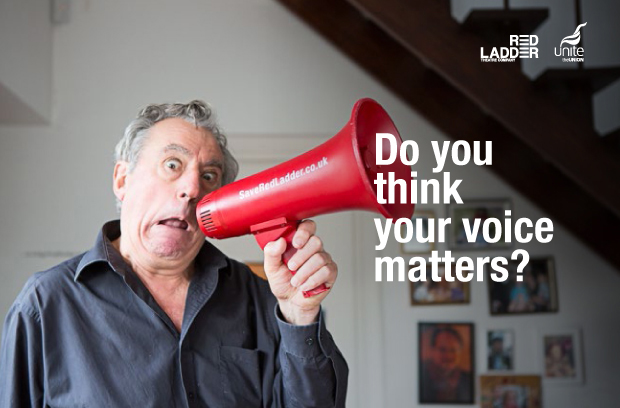 Well, Terry Jones does. And we do too.

That’s why we’ve set up a campaign to help save Red Ladder Theatre Company. Red Ladder is one of the last truly radical theatre companies in existence in the UK and has been going for 46 years telling the stories and struggles of everyday people and bringing it to the communities who need it most.

Most recently they toured a play about women during the Miners’ Strike to mining communities and pit villages such as Washington, Hexham and Hemsworth.

Yet on 1 July this year it was announced that it would have 100% of its funding cut from the Arts Council whilst other art forms such as the opera and ballet received a boost.

We don’t think this is right.

At a time when inequality is growing, when austerity is hitting hard working people the hardest and when cuts are destroying the fabric of communities we think it is imperative that these people are given a voice.

If you agree and want these stories to continue to be told and want to support a company that helps galvanise communities to stand together against austerity then please donate and keep Red Ladder alive.

Just £3 from all of Unite’s members will allow Red Ladder to continue to do what it does for the foreseeable future. You simply need to text “REDL46” followed by the amount you wish to 70070. For example: