More images from the archives of Brian Clarke. 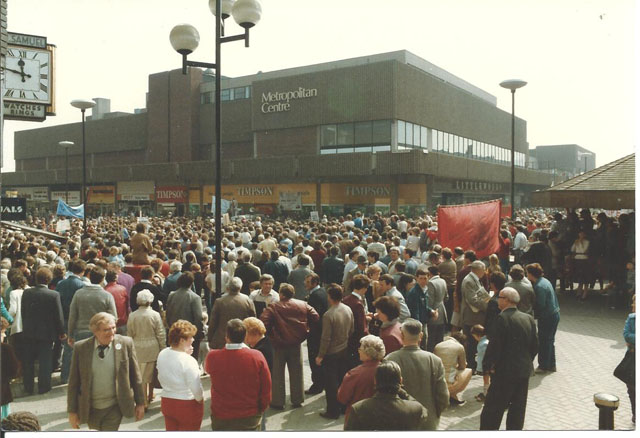 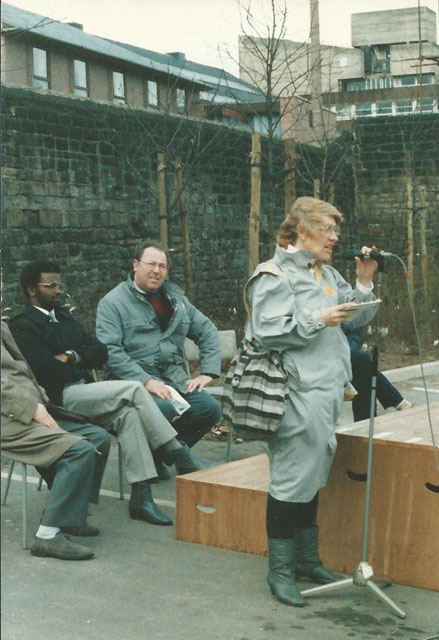 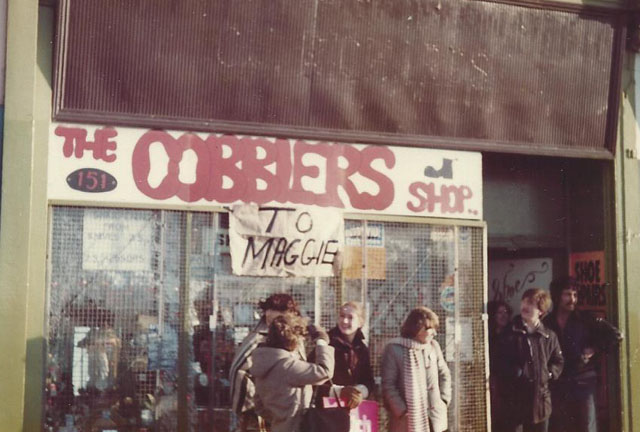 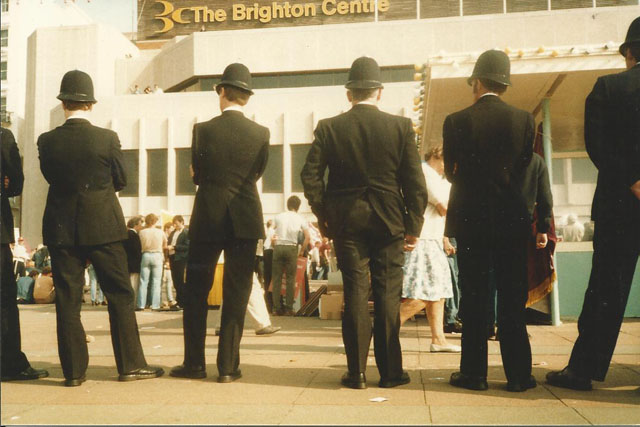 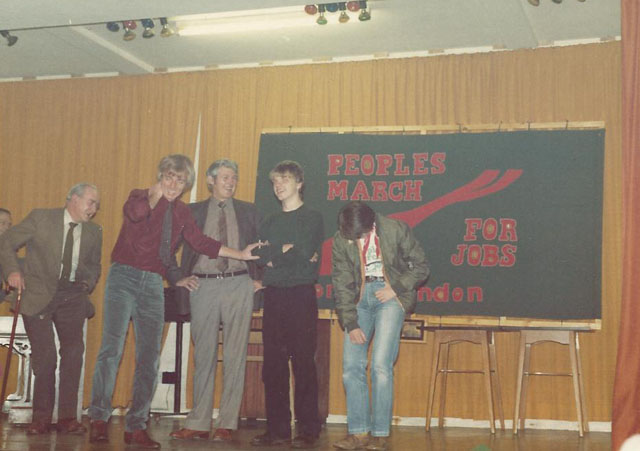 Fantastic Solidarity action this morning from our Leeds Unite Community Members. Unite Community members teamed up with one of our Geographical Branch’s to help Organise and Recruit at Emis in Leeds a company which plans to make their workers suffer next year when the governments compulsory pension scheme comes into being. Community braved the freezing temperatures to distribute the leaflet below to workers at EMIS on both sites great work which we plan to repeat again next year. Leaflet below, and pictures attached.

The EMIS Pension Scheme:
For a company pension and a living wage!
For the first time EMIS has announced a pension scheme, which is a great step forward.  We will pay 2% of our pay and EMIS (as our employer) must legally make a further 2% contribution. However, the company has announced that they intend to pay their “contribution” at our expense…

“…this year there will be a proportionally reduced amount available for pay rises for 2014.” – Neil Laycock, Managing Director

EMIS employees need a decent pay rise in 2014 after having years of below inflation pay rises, which have seen wages actually fall relative to prices. Inflation is currently 2.7% but food prices are rising at a rate that is closer to 5% a year whilst we have seen energy prices rise by as much as 10%!

But whilst we have suffered a deterioration of living standards EMIS has experienced a tremendous growth in profitability and revenues thanks to our efforts in making EMIS Web and other projects a success. In fact we have been so successful that the company has increased its dividend to shareholders by 13% this year! Why not pay a smaller dividend and fund a decent pay rise for EMIS workers? Why should our living standards stagnate, leaving many employees in debt or barely able to afford more than the essentials whilst shareholders rake in vast profits?

We don’t think this is fair. As such we believe we are being modest when we ask for:

2) An above inflation pay rise to make up for years of stagnant and declining pay that reflects rising living costs and growing profitability.

3) The right to a Recognised Union to bargain every year for greater benefits from a position of collective strength rather than individual weakness.

We, as EMIS workers, are the ones who make this company successful but we need a recognised union to be able to claim our fair share. Join our union, UNITE, and talk to your friends/colleagues in your team/department about also joining so we can really win higher pay and greater benefits through collective bargaining.

Joining is an EASY 5 minute task, is 100% CONFIDENTIAL and is your LEGAL RIGHT.
Simply go online to join at www.unitetheunion.org

As part of a set of on-going engagements – Legacy of Thatcher debate, Unite Fresher’s Stall and Red Ladder Wrong Un Play – with the Students Union at the University of Sheffield. Unite Education and Community held a two day Public Speaking Course on the 27th November and 4th December. Fifteen students attended both the theory and practice sessions.  The wide range of subjects spoken upon ranged from Mathematical Theory to English Culture.

The aim to establish a Unite Community Branch at the University of Sheffield is well on its way with over 30 students joining in the past few weeks. The branch has an international flavour, with the 4 students joining – whilst on the Public Speaking Course – coming from Palestine, China and Spain.

The next planned event is a Trade Union open day with debate to follow, in February 2014.

If you want to know more about Unite Community membership and free educational opportunities such as New Media, Blogging , Facebook and Twitter  please email david.condliffe@unitetheunion.org or ring 0779 111 3806.

As Firefighters walk out on Wednesday 13th November
for their fourth strike, join Barnsley Trades Council Rally in support.
12.30 to 1.15pm, in Barnsley Precinct.

If you are free at 9.45am, join trade unionists cheering FBU members as they walkout.
More information:07594 857960.
Download the flyer here Support FBU Weds 13 Nov