The results came as Sports Direct was forced to defend working conditions at its vast Shirebrook depot in Derbyshire. Chairman Keith Hellawell said the staff-checking process had been “streamlined”. But Unite assistant general secretary Steve Turner said: “Gulag working conditions have no place in 21st-century Britain.”

The flipside of the online Christmas shopping miracle

Sports Direct is no aberration: Dickensian conditions are now the daily experience of many UK workers

Sports Direct risks a lasting stain with its grubby behaviour

The manufacturer is set to remain in talks with trade union Unite after its membership rejected a proposal to alter wages and working conditions.

Unite, which represents the majority of the workforce, said it would seek “urgent discussions” with employers. 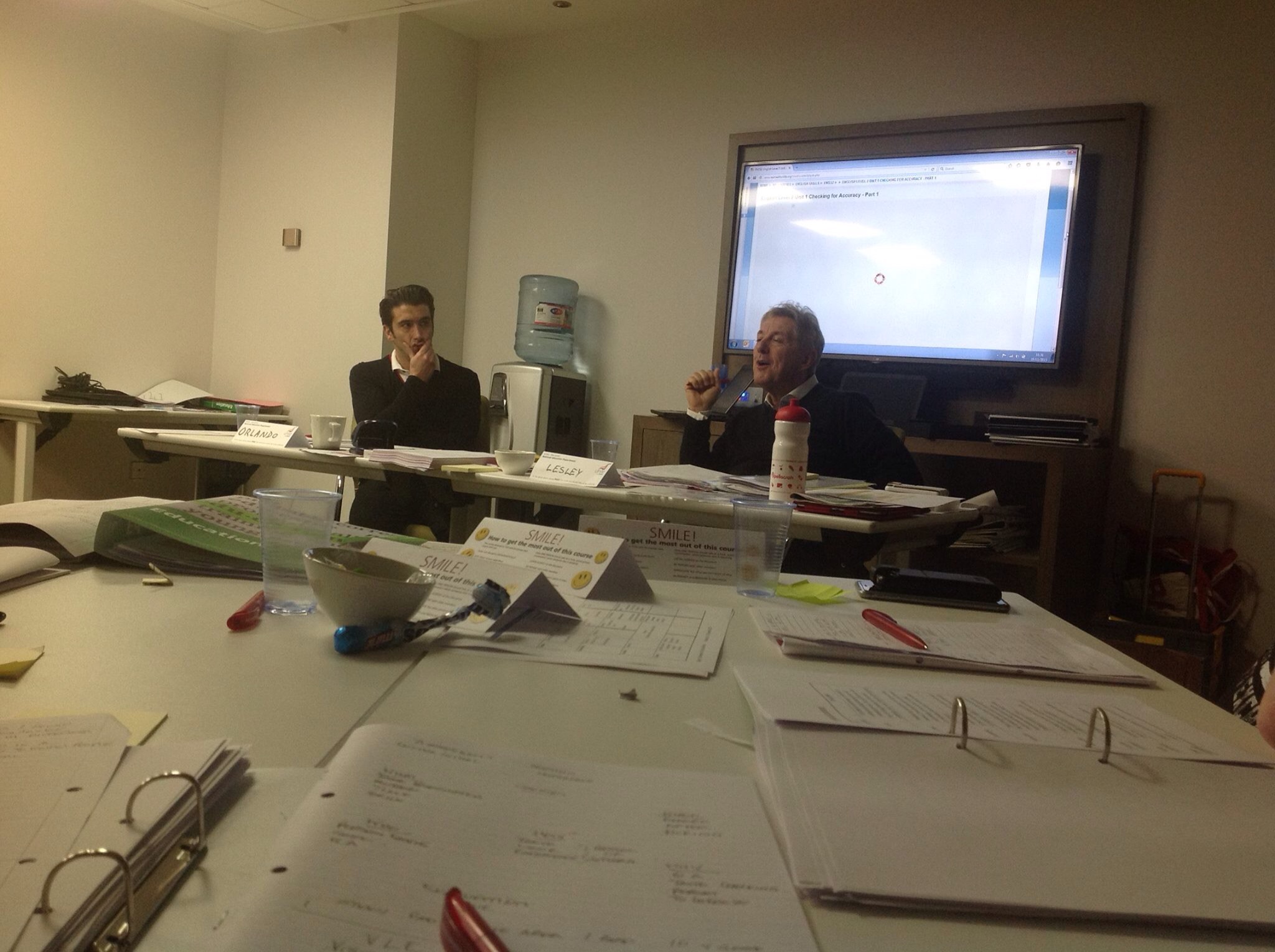 Barnsley Unite Community Centre Activist Brian Clarke has just finished a weeks training on the ESOL (English for speakers of other languages) facilitators Course in Eastbourne. See pictures attached, this will help with our ESOL classes every Wednesday which are still overstretched with demand! Thanks goes to Brian and all the other activists for there continued passion and efforts. United we bargain Divided we beg.

This Saturday Unite, in conjunction with the GMB and Community the union, is hosting the ‘Save our Steel’ rally at Sheffield City Hall.

It comes amid a growing crisis in the UK’s steel industry which has seen thousands of job losses announced in recent months. In addition to the closure of SSI in Redcar and the collapse of Caparo, Tata Steel plans to cut over 1,100 jobs in Scunthorpe and Scotland on top of 700 job losses it announced earlier in the year in Rotherham and South Yorkshire.

Hosted by Kevin Maguire, associate political editor of the Daily Mirror, there will be family activities before the rally and fantastic line up including steelworkers and politicians from steel and manufacturing communities from across the UK. They will be joined by myself, Frances O’Grady general secretary of the TUC, Tim Roache, GMB general secretary elect and Roy Rickhuss, general secretary of Community,

Interest in the rally is building, but we need to use these remaining days to continue to promote it to our members, in their workplaces and communities. More information can be found here or by contacting campaigns and communications.

This is a time our members look to us for solidarity with their struggles and leadership in the battles ahead, please ensure that you do everything possible to make sure that Unite has strong representation at the rally and that where possible you and your colleagues make every effort to attend.

Our members will expect to see us standing by their side.

I hope to see you in Sheffield on November 21st.

We won at Pizza Express! After Unite turned up the heat with a summer of campaigning the popular pizza chain announced (3 September 2015) that it would drop the 8% admin fee from tips left on a card. Giraffe, Ask, Zizzi, Byron Burger and most recently the Casual Dining Group, owners of Bella Italia, Belgo and Cafe Rouge have all said they too will scrap the fee and hand 100% of tips to staff.

But with restaurants like Wahaca, and Jamie’s Italian under fire for deducting a percentage of sales from credit card tips, Prezzo and Strada still swiping a slice as an admin fee and Bill’s restaurant accused of pocketing a large proportion of the service charge, it is clear that we’ve still got some way to go in the fight for fair tips.

Now we need the government to stamp out these rip off practices once and for all. We’ve set down an early day motion in parliament for MPs to get behind.

What you can do to help

You see the problem is that tips paid on a credit card and service charges are the property of the employer. As they own them they can do what they like with them. So until staff are given 100% ownership rights over their hard earned tips with complete control over how they are shared out, rogue employers will continue to cream off staff tips.

Unite the union expresses its deepest sympathy and sends heartfelt condolences to the friends, families and loved ones of all those killed and injured in the horrific attacks that occurred in Paris.

The perpetrators of the act and those behind it are guilty of a most barbaric act aimed at destabilising and dividing French society. They will not succeed.

It is essential at this trying and difficult time that time that politicians and authorities are vigilant, but it is also essential that they do not reach for ill thought out solutions or slip into knee jerk reactions – that is precisely what those behind the act would want.

We must not allow the tragedy to be used as a reason to turn our backs on the hundreds of thousands of refugees fleeing chaos, war and destruction, and we must act in unity against those who may seek to use the tragedy to sow further divisions, mistrust and hatred in society.

Unity is strength.  Unite will continue to stand in solidarity with the people of France. 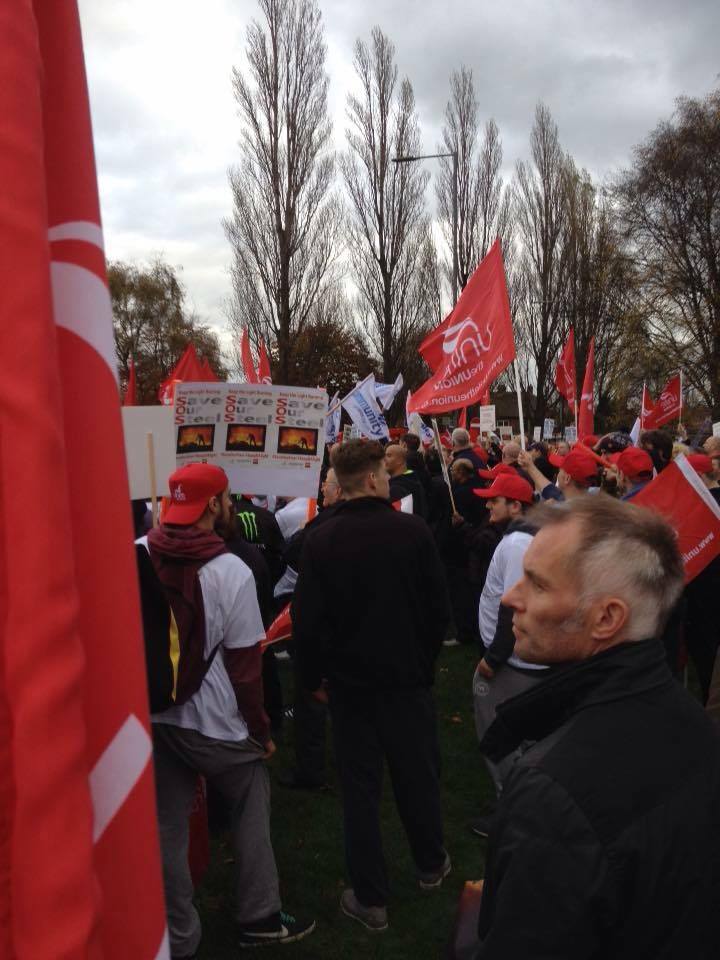 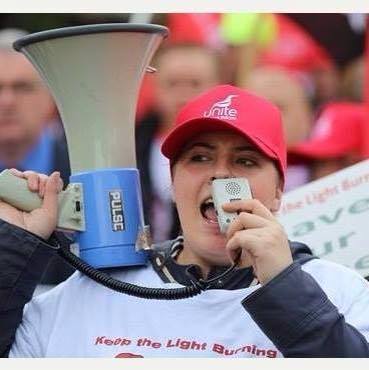 Unite on the march in Scunthorpe to Save our Steel industry today. Don’t forget you can support Charlotte and other Unite activists by attending next weeks meeting at the NUM, where Charlotte is speaking and on the 21st on the Sheffield Demonstration!

Unite members in the steel industry came to Westminster to meet with labour MPs to talk about how we can save the steel industry and a wider manufacturing strategy. A strategy that this Conservative government appears not to be interested in.

This government wants to leave thousands of workers, their families and communities to the whim of the market.

The axe to working tax credits will inflict further financial hardship to those working in the six million jobs in the UK paying less than the ‘living wage’, Unite, the largest union in the country, said today (Monday 12 October).

The Office for National Statistics (ONS) reported that the proportion of jobs paying less than the ‘living wage’ outside London rose from 21 per cent to 23 per cent between April 2012 and April 2014. The figure for the capital rose by six per cent to 19 per cent – well below the rest of the UK.

Unite assistant general secretary Steve Turner said: “This is a double whammy, not only are bosses failing to pay the ‘living wage’, but these workers are the very people who will be hit by the savage cuts to the working tax credits.

“Three million low-waged families could lose £1,000-a-year or, in some cases, up to £1,700 when the cuts to the tax credits come into force next April.

“The dismal failure of employers to pay the ‘living wage’ disproportionately hits those in low-paid, insecure work and also women.

“Ministers are allowing the drawbridge to be drawn up against the low-paid getting a proper wage and condemning millions to a life of grinding poverty, where putting food on the table is a daily struggle.

“The current rate for the ‘living wage’ is £7.85 an hour outside London and £9.15 in the capital, so you can see the phoney national living wage of £7.20, coming into force for the over 25-year-olds next April, is already inadequate in providing a decent income.

“The ‘living wage’, which is voluntary, needs to be made compulsory and should be £10 an hour – and Britain’s companies, with strong cash reserves, can well afford to pay it.”

New rates will be announced on 2 November at the start of ‘living wage’ week, and could see the UK rate edge towards £8 an hour.

Len McCluskey, the leader of Britain’s largest union, Unite put the government on notice that it would defy the trade union bill “using any means necessary to defend the democratic rights and freedoms of all trade unionists and the working people of our nation.”

The warning came as Unite called upon the government to end its systematic efforts to paint trade unions and their members as the `enemy within’, driven by a prejudice so intense that the government is willing to jeopardise the basic freedoms of all in the UK.

Len McCluskey said: “This is a movement that has from its inception delivered for each generation continued improvements to the working lives of millions of people.  It has secured our nation’s wealth and fought for the social and political progress that has made this county a place of fairness, equality and social justice.

“But instead of recognising our role this Prime Minister seeks to paint the millions of trade unionists and their families at `the enemy within’, with a Tory party drunk on class prejudice intent on destroying this movement as a force in British life.

“They seek to reduce trade unions to no more than employment advice agencies, while turning our members – who dare to act – into criminals.

“There is though, an emerging broad and united democratic campaign against this legislation is greater than ever before – because it doesn’t just attack trade unions.

“It threatens freedom of speech. It menaces freedom of association. It insults the values which all British people cherish.”

Len McCluskey called for the government to abandon the conflict it is pursuing with the unions and instead work with the movement to modernise voting arrangements:

“Instead of quibbling over percentages, let’s use the language of democracy and modernisation and implement secure workplace balloting. End this archaic reliance on postal ballots, and turnout will never be a problem again.”

The general secretary raised again the issue of when a law is so unjust, can it always be obeyed:

“As we celebrate 100 years of women suffragettes fighting for votes, thank goodness that they did not see the law as sacrosanct.

“And had this conference been meeting in the 1960s in the southern states of America, would we have asked our black delegates to sit at the back of the hall – like Rosa Parks – or would we have defied the law?

“Our history, and that of the world, is littered with brave men and women who have defied bad laws and who fought and yes died to give us our heritage.

“And if that history tells us anything, its that when one section of society is segregated, asked to identity itself with labels and armbands and submit to a state-sponsored blacklist, the civil liberties of all of us are put at risk.” 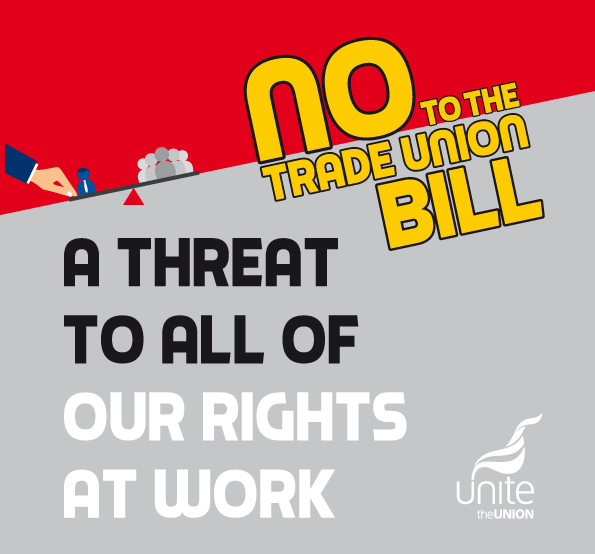 What the Conservatives are calling the ‘Trade Union Bill’ is in reality a threat to all of our rights at work. What it contains, and other proposals, will enshrine in law a series of wide-ranging measures that will significantly constrain trade unions and working people in organising collectively.

It places extreme and severe restrictions on the ‘right to strike’, by attacking trade unions in this way it will strangle peoples’ most powerful way of protecting their rights at work. The impact of these measures will be to make it much harder for working people to achieve better pay and working conditions. And we can’t ignore those measures in the Bill and others that are about rigging the rules of government in their favour, silencing voices and stifling peaceful protest – undermining basic freedoms with measures that are undemocratic and authoritarian.