STOP THE IRREVERSIBLE PRIVATISATION OF OUR NHS

Saturday 18th July 10.30am
Outside Sheffield Town Hall
Come along, protest and find out more about the dangers of TTIP

Please come and show your support for GMB Recycing Workers who face bullying and intimidation, have had both shop stewards sacked, have had their agreement on the Living Wage broken and promises of decent washing and toilet facilities torn up. these are the workers who look after and operate the City’s 5 recycling centres – on a sub-contract run by so-called charity Greenco!

It’s vitally important that Sheffield#s trade unionists and citizens show their support and publicise their case. That’s why the GMB and Sheffield Trade Union Council are calling a series of rallies at diferent sites across the city. Last month it was Shirecliffe – this month it’s Balckstock Road on Gleadless valley estate.

Public transport: from city centre use 48 to Herdings or 79/79A to Jordanthorpe 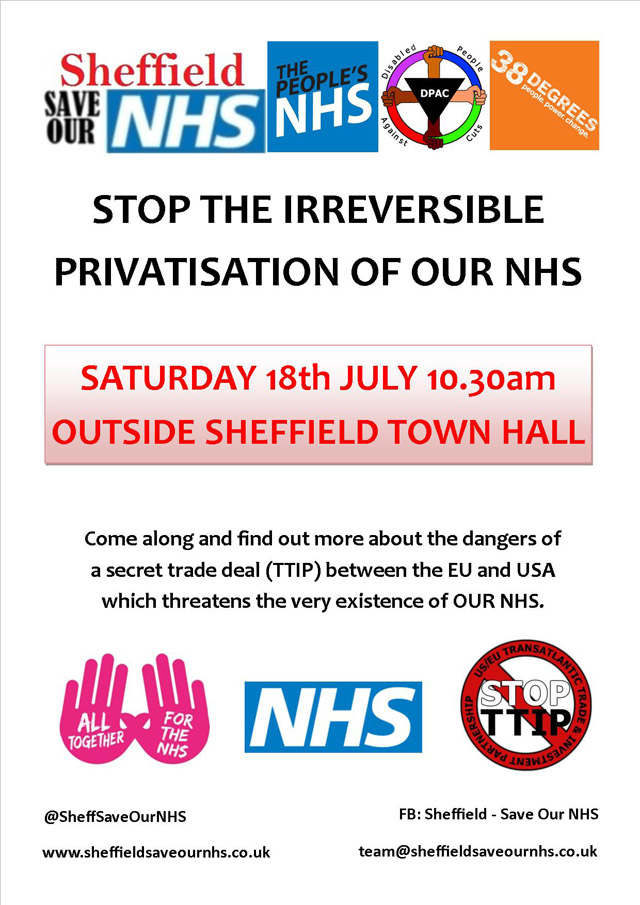